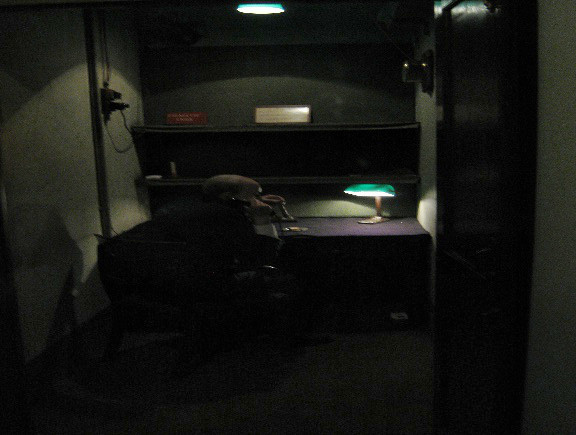 Sir Winston Churchill’s Cabinet War Rooms were top secret and retained heavy security at all times both without and within the bunker.

Here Sir Winston Churchill talks to to the American President via a secret and secure telephone line in a small communications room which was disguised as the Prime Ministers personal toilet.

Pictures of the interior :-)

Pictures of the interior :-)