Montgomery took over the command of the British eighth army in the Egyptian Western desert 1942. Rommel's German Afrika Corps were at the gates of Cairo, but were also at the full stretch of the German supply lines. The battle of El Alamein (actually a small railway station), was a turning point in the second world war, and a complete victory for the allies. Although the Axis forces retreated to Tunisia and still fought a series of bitter rear guard and limited offensive actions, the war in Africa was all but over. This successful campaign after so many defeats made Montgomery a national British Hero.

Montgomery was later to command (on the ground) allied armies landing in Normandy (D Day). His tactical decisions allowed the U.S. forces to break the Axis lines and effect one of the most rapid armoured advances in military history. The American Generals however, tended to dislike Monty's character and his personal attitude for taking the overall credit much of that due to other able Generals own tactical skills.

Monty went on to plan the Market Garden operation (the air-assault of the main Dutch bridge river crossings at Veghel, Son, Grave, Nijmegen and Arnhem) an attempt to shorten the war in one operation. A partly successful mission but overall costly, a Bridge to Far.

Later his tactics combined with American Generals own abilities enabled the Allied army to counter the German Ardennes offensive on the northern flank and his army group launched the assault on the Rhine and the 'Drive to the Baltic'. Monty accepted the German Instrument of surrender 1820 hours 4 may 1945 at his tactical headquarters on Luneburg Heath, his war and the European war was over. 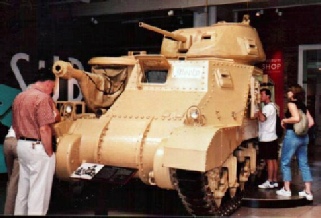