Nelson sailed to Naples being hailed the saviour of Italy, he was also created Baron of the Nile and Burnham Thorpe. The next year 1799 he was promoted to Rear Admiral of the Red.

Nelson used his popularity to encourage King Ferdinand of Naples Italy to act against Napoleon, but the political intrigue at the time was such that the King himself was then forced to take sanctuary in Sicily under the protection of Nelson and the British. Nelson also became first entwined with Lady Hamilton at this time and was recalled to England.

Appointed Vice Admiral of the Blue three months after his arrival back in England (1st Jan 1801),

Horatio was also promoted second in command to Admiral Parker and sent on a mission to the Baltic to contain a coalition of northern states under the leadership of the Tsar of Russia Paul I.

In this conflict Nelson defied Admiral Parkers orders and led his squadron to assault the Danish fleet at Copenhagen (April 1801). He was successful in this ' Battle of Copenhagen' which led to Denmark signing an armistice. Admiral Parker was replaced by the British Admiralty who promoted Nelson to Commander in Chief (5th May 1801), the Crown made Horatio Viscount of the Nile and Burnham Thorpe (22nd May 1801).

With the demise of the northern coalition Nelson returned home a celebrated hero. He was promoted to Commander  in Chief of the British forces deployed to combat invasion by Napoleons forces (July 1801) and when this immediate threat had passed on 16th May 1803 Nelson was given command of the Mediterranean fleet with HMS Victory as his flagship.

under Admiral Villeneuve finally avoided containment and attempted to unite with their allied Spanish fleet (April 1805) with the aim of  then securing the English Channel ready for Napoleons French troops to assault and invade Great Britain.

The French and Spanish fleets evaded detection and were eventually discovered at the Spanish port of Cadiz. Nelson, now in England, was ordered to destroy this combined fleet and arrived off the Cadiz coastline in September 1805 aboard HMS Victory.

On 21st October 1805 at Trafalgar the scene was set for the most famous Naval battle in history. Nelsons 27 ships attacked the French and Spanish fleet consisting of 33 ships. Using his superior Naval tactics Horatio broke the French-Spanish vessels line and effected a most decisive Naval victory that would change the course of history. Napoleon Bonaparte was no longer to become master of the seas and his army would not be in a position to invade England.

Horatio Nelson paid for this victory with his life as at 1.10pm an unlucky musket shot from a French sailor picked out the Admirals resplendent decorations adorning an otherwise plain uniform from the swirling mists of gunpowder atop the quaterdeck of HMS Victory. His single shot fatally injured Nelson who was taken below while the French made several desperate attempts to board the flagship,but they were repulsed by the sailors and Marines of HMS Victory.

The ships surgeon William Beatty could do nothing to save Horatio Nelson as the shot hit the Admirals left shoulder, smashed two ribs, tore through his left lung, severed a major artery, fractured his spine and lodged itself under his right shoulder blade. At the age of 47 he died.

The last words of this most famous of British hero's are much debated upon,enough to know that he did his duty and played his vital role in stopping Napoleon Bonaparte's conquest of both Europe and the world. He was buried with full state honours at St Paul's Cathedral on 9th Jan 1806. 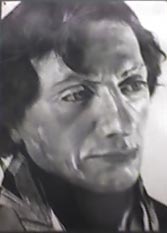