The first invaders of the area were the 20th Roman Legion, who also built a large fort at Usk and called it Burrium, this fort forming part of a defensive network designed to keep the warlike Celts at bay.

(The main force moved to the main fort at Isca Caerleon after the area had been pacified by force).

Local legends say that the first fortification here was one of several castles built by the mythical giants of Wales Buga, Bwch and Clitha. 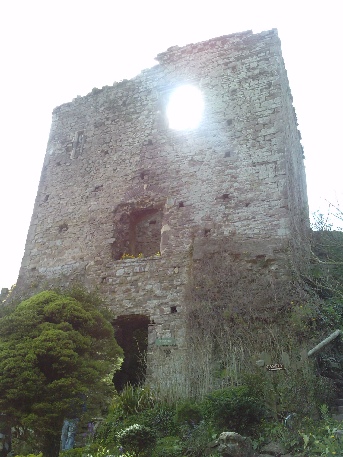