I attended the demand after talking it over with the family and was taken to an office where I was standing before two German officers.
‘You are a German Silesian!’ They were very matter of fact about their statement. But were wrong. In actual fact I was a Pole in Silesia, under German occupation.
‘ You are to be conscripted into the German Army by decree of the National Authority’. They both glared at me, looking for a reaction I think. ‘ Do you have a problem with this?
This question was a life and death situation, I realised that much, and realised they had not connected me to the officer cadet school as yet.
‘ No problem Sir’ I replied, deciding to play dumb. ‘And if someone had a problem with it? It would be useful to know as I can tell my friends.’ The Germans seemed suspicious by my reaction, but were very plain in their answer.
‘To refuse service makes you and your family an enemy of the state. No doubt all enemies of the state will be shot or transported! However, we are not Barbarians, so you will have until tomorrow morning to report here again. Or we will look for you.’
It was clear where all this was going. There was little to say, other than a polite ‘Thank you sir’ on which I was allowed to leave. On informing my family of the situation my father had the last word and put it forthrightly. ‘If you choose to flee and take the chance of reaching France you have my and our blessing on that. But we the family may all die and our struggle against the Germans ends. It is your choice.’  So. There was no choice. I said I would remain.

I was sent to a German training camp where I was always cautiously rebellious. A particularly arrogant Nazi Sergeant took a dislike to me and me to him. In the end I tripped him up and he went into the mud face first in front of the squad. He was determined to have me executed, the offence for assaulting a superior German by a ‘Half Pole’ subhuman as he considered me. Shame as I was, and considered myself a full Pole and anyway, execution was worth the satisfaction of the assault and my personal shame of having to wear a foreign and hated uniform.
I was hauled in front of the camp commander who considered the Sergeants accusation of assault. Uncontestable really, as he was still covered in mud. ‘ This seems a simple case. Anything to say?’  The officer asked me. But defence was pointless, and I would not give them the satisfaction of even trying. ‘No sir!’ I replied.
Behind the Officer and his desk there was a long list of all the troops and their training abilities graded by numbers. He took a pen and turned to the list. I presume to cross my name off the list due to my impending judgement of execution. ‘Where are you here?’ He asked not even bothering to ask my name from the moment I had been dragged into the room. ‘There Sir!’ I replied seeing my name instantly as I had already been reading the list. ‘At the top. Number One.’
The officer gave an audible huff. He turned and said ‘This is a simple case. Yes. Apologise to the Sergeant for the accident. Who will accept the apology.’ The Officer was not apparently yet ready to execute the best and number one on his list of trainees. The furious Sergeant did as he was told. Thankfully Polish officer cadet school before the war had already trained me well in military matters and gave me a head start on all the others, enabling me to survive another day. I was transferred immediately from the training camp and became a driver for high ranking officers in a motor pool near Paris France.
This was a fortunate posting. As I was eventually allowed leave to return home before the Normandy invasion and information that I had heard and seen while driving officers around France I gave to my father, who in turn informed the resistors, who in turn passed it all on to the allies.

When the invasion came I and others in the same enforced situation waited until the Allied forces came nearer to Paris. Then we blew up a half track, feigned our deaths so the Germans could not take revenge on our families back home and surrendered to the Americans.
We were lined up in a field with other prisoners. Jeeps pulled up in front of us containing Intelligence officers from the First Polish Armoured Division and British intelligence (One of these officers was David Niven the British actor)
‘What are you doing in that uniform!’  Was the first question they asked. On the reply of my personal story which took them quite aback at first, they loaded those Poles that I would personally vouch for onto the jeeps and we were all taken back for full interrogation. After this and contacting the Polish resistors back home to validate my story I joined the First Polish Armoured Division Headquarters Staff, was posted to Scotland and was given the task of interrogating German prisoners for information. My request for frontline active service was denied as it would put my family and resistors in danger if I was identified being either captured or killed. Through the resistors network my parents were informed that I was well and had joined the Division.
While I was away and my family had been involved with the AK resistors, they had also hidden more Jewish people and at the end of the war discovered in the evacuated local Nazi offices, that the family actions against the Nazis had actually been compromised, and all their names were next on the list for arrest and deportation to a concentration camp.
My father as a prominent resistor over the years was well decorated with medals. The Soviets also presented him with one (although he also saw them as occupiers, but ones which may leave once things had settled down, so active resistance for the moment was futile).

When the Soviets withheld coal from local pensioners he stormed into the local headquarters and he threw all his medals onto the table in front of a General and shouted ‘What good are these if we cannot even get coal and people will freeze to death!’’ Coal was delivered the next day to all the old people. His resistance was verbal to the end.

When the First Polish Armoured Division was to be disbanded I was called into my superiors office. He told me that the Allies had betrayed both the Division and country politically and said that if I returned to Poland the soviets would honour my commission as an officer (which the British would not do to many Poles, denying them good pensions) and give me a prosperous living, so long as I supported them.  He asked me what my plans were. My reply was short, as was many that were asked the same question. ‘I will stay in Britain’. I had no intention of supporting a the Soviet Union that had massacred many countrymen at Katyn, attacked my country in 1939 aiding the German attacks and defeat of the Polish army and now occupied Poland by force, even if they had removed their ex allies the Nazi Germans while being ‘Allied’ of convenience to the West during the War. The dirty game of power and politics. My war and Army duties were over, and I now became a civilian in a strange land.

As one of the last acts of the Polish Government in Exile Vic was awarded his belated full Officer commission as a lieutenant at a ceremony in Cardiff. One of the Ex soldiers taking entrance tickets asked a visitor to the event ‘ Why would you want to remember us?’  The reply was ‘Why would we want to forget.’

Vics local priest who he knew well, later became Pope Saint John Paul II. Vic was offered an audience with the Pope which his younger brother attended in Italy, but Vic could not attend due to ill health. Years later Vic visited the grave of Pope Saint John Paul II in the Vatican and after struggling to stand up from his wheelchair and walk forward, he was allowed to pass through the red barrier and stand beside the graveside, much to the delight of watching Nuns who took photographs. As he left he was saluted by a Papal Swiss Guardsman who removed a barrier and allowed his wheel chair to take a short cut out of the Vatican. Small, but emotionally moving events in time.

Notes:- ** Historical
Many resistors and patriots who continued a fighting war and acted physically against the Soviet occupation long after the war had ended were tracked down and executed.
Notes:- *** Historical
With the end of WW2 and Poland occupied by Soviet Union forces along with the Allied political betrayal of Poland. The Polish Army in Exile as a whole were not only denied a part in any London victory parade but denied a return home to the free Poland they had all fought for and many many had suffered and died for. Their freedom and country for which Britain had declared war with Germany to protect, were given away. ’ Why would we want to remember them? Why would we want to forget them?’ The freedoms enjoyed by many today all around the world in almost every country is in a large part only there because of their sacrifices in aiding with others the defeat of tyranny and mass murder at a political whim. 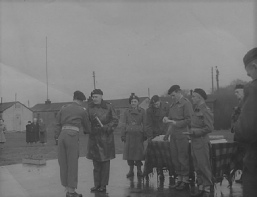 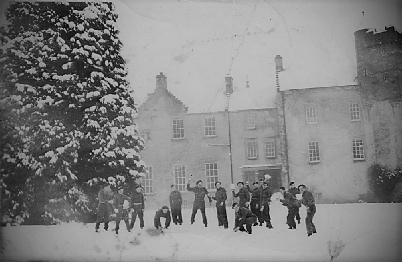 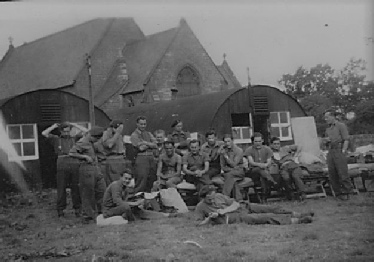