Poland : An army in exile.

The Polish government had for a long time been aware and held confirmed intelligence reports of the German armies gradual build up of forces behind it's borders. They had also witnessed daily, the virulent propaganda campaign from Germany designed to show Poland as an aggressor' to the Nazi state.

These combined warnings, along with Adolph Hitler's stated expansion' plans were however met with an enforced political anti-antagonistic defensive posture in Poland and indeed throughout Europe.

Although as a gesture toward defence,Poland's forces were dispersed thinly (due to vast borders) to meet any invasion that might occur from the West and also the pact with Britain and France for immediate' military aid was deemed enough to deter an attack.

In fact the wish to appease Hitler was so great that the General Mobilisation order for the Polish Armed forces was only announced on August 28th a mere three days before the actual outbreak of war. But due to political pressure from France and Britain even this was cancelled so as not to provoke' Germany into a War that the allies still felt sure could be avoided.

The forces of Poland were reflective of a predominantly agricultural economy and was in the main, supplied with weapons and equipment bought cheaply from other countries who now deemed them obsolete.

However Poland had slowly been re-equipping with modern armour (mainly armoured cars, tankettes and light tanks) and also aircraft, but still, even in the age of the machine-gun Poland used out-dated tactics which relied heavily on cavalry and horses for mobility and offensive military action.

The Russian border remained un-guarded by military force as the differences between Fascism and communism were deemed so great that a pact of hostility toward Poland from both of these side was unthinkable (Fascist and communist forces had only just finished a bitter struggle on the civil war battlefields of Spain,to which Hitler and Stalin had both sent troops and support for their respective ideologies) so all of Poland's army faced the borders of Germany and her allies.

Polish army group Pomoroze was placed in the corridor to the coast separating Nazi Germany from Nazi East Prussia. The other army groups, Poznan, Lodz, Cracow, Carpathian, Modlin (frontier guards) and Narew, were paced in the suspected main areas of attack, the main objective being a holding action (until France and Britain could attack in aid of Poland) and then if needed a gradual fighting withdrawal into the Polish interior with defence of the many river crossings of Poland  aiding to slow the attackers advance.

Although outnumbered two to one and and experiencing the new Blitzkrieg (lightening war) tactics, then an attack from the un-defended rear by the Soviet Union, the strategy worked in so far as to wear down the attacking German military machine (wear and tear on equipment and losses) to such an extent that Germany could not wage an immediate strike against France and had to enter into the Phoney' war phase before they could strike again. 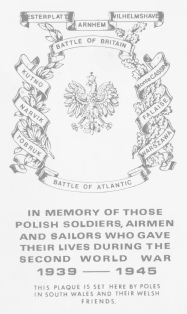 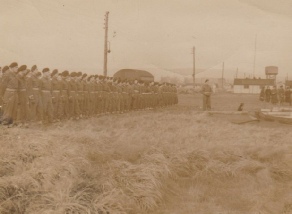