Buckingham Palace was built upon the site of a house owned by John Sheffield (The first Duke of Buckingham / Normanby), which was sold the year after his death in 1721, to George III. (The mad' King, whose reign saw the American War of Independence in 1775, and eventual loss of the British colonies).

The rear of Buckingham Palace along with it's sentry positions and gates,

is often mistaken for a front entrance. 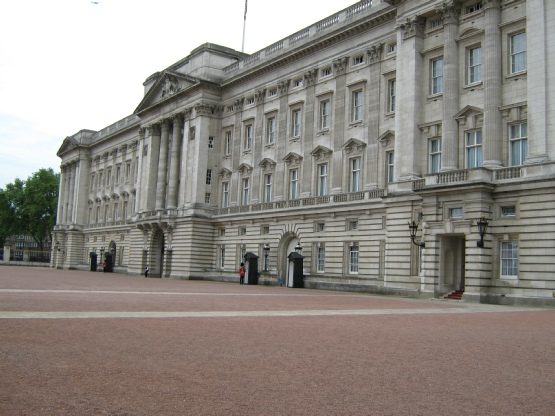