Hello Buddy... Prohibition? What is that? Well it is the action of forbidding people or persons to do something, especially by the use of laws. The best example and most famous of how this has been used in history is the example of American Prohibition.

The American Society for the Promotion of Temperance began a campaign in 1826 to persuade public and political opinion to ban the production of alcohol and prevent its use as a recreational pastime. Maine accepted this in 1851 and New York City in 1855.

In 1876 the Prohibition Party were aiming at government and nominated General Clay Smith for President, this attempt to further the cause was unsuccessful but the anti alcohol movement was gaining much support.

The actual result of many years of campaigning came with 18th amendment to the US constitution confirmed by the Volstead Act of 1919 which prohibited and stopped the legal manufacture, sale and transport of drinks containing alcohol.

Because of this act which was designed to save people and society from the bad side effects of drink the doors were opened to a far worse evil, organised crime gangs who continued to supply a wanted product and illicitly manufactured, smuggled and distributed alcoholic drinks country wide within speakeasy bars, also encouraging chemical drug use and the widespread use of prostitution to make money and power on the streets.

This rampant crime wave resulting in many murders, tortures, massacres and gang wars was all aided and abetted by the corruption of large amounts of both government officials and police who not only profited from the illegal operations but were susceptible to blackmail from the criminal gangs for them to gain access to many areas of publicly funded building contracts etc.

In 1933 the 21st amendment repealed the act, as not only had stopping people drinking been a failure, it had also caused the tragic deaths of thousands and allowed warring gangs for a time to become more powerful than the government or police on the streets of America.

The reality is, is that if people want to do something and want something however wrong some may feel it to be, then someone will supply it. If a thing is made illegal and people still want it, then crime death and corruption will follow. It is up to the actual customer to not demand or want to use it in the first place, as the reality is that they are also complicit in the crime death and corruption by paying the money to the circle of supply. The customer cannot blame a government if the customer themselves support the circle.

So the logical answer is that a Government may have to supply what is wanted by the customer however distasteful to others, regulate its use and tax it to stop the circle of illegal supply. This is why prohibition failed and prohibition of anything will always fail no matter how many police or resources is placed against stopping it. Supply and demand go hand in hand as equals,both are the result of each other. Both to attach any blame for deeds done.

If the reader has need of help with any of the issues in these notes they may find the links below helpful.

Only you can stop the circle of demand and blame. That is your choice.

These notes produced and suggested by request of J.Boyer of
https://alcorehab.org 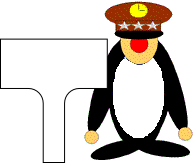 Only you can
Stop
The Circle