Captain Cooks Ship, Endeavour, set sail in 1768 with a crew of 80 (including twelve marines to prevent mutiny aboard ship) and also 3 scientists, including the botanist Sir Joseph Banks.

The voyage was to view the transit of Venus from Tahiti, and also to search the unexplored part of the Southern Hemisphere for a new continent, or to ascertain that it only contained a vast Ocean.

This ship is a replica of Captain Cook's original vessel and has been refitted at Cardiff Bay South Wales (March 2003).

The picture on this page show the replica vessel undergoing her refit, with masts removed. You can sign on to join as a working crew-member or follow her travels around the Globe. 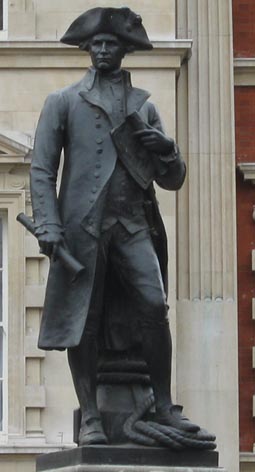 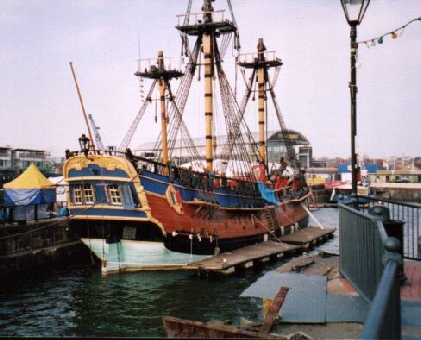 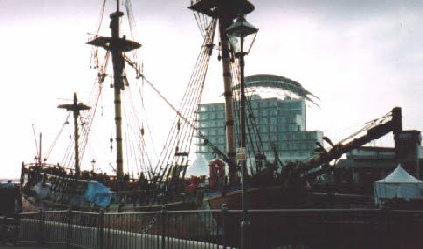